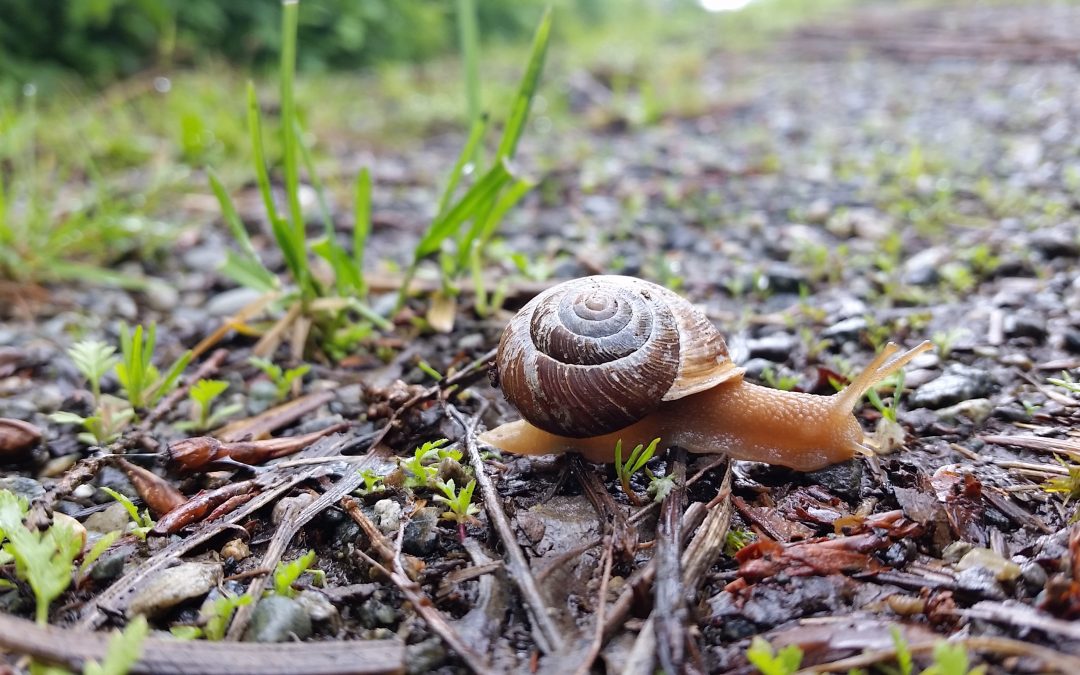 Species at Risk are a central consideration in the early design phases of a proposed development project. While the large, charismatic megafauna like grizzly bears and killer whales garner substantial interest during proposed development projects, in the lower mainland, a less conspicuous species is currently grabbing the attention of regulators and biologists alike: the Oregon forestsnail.

The Oregon forestsnail is federally-listed as Endangered under the Species at Risk Act and recognized provincially as a
Red-listed species. Characterized by a pale, thick, and weathered shell with a thick apertural lip, the Oregon forestsnail is a long-lived species endemic to the Pacific northwest. Almost the entire population in Canada is located from Tsawwassen through the lower Mainland, with most occurrences documented in the Mission, Abbotsford and Chilliwack areas.

Although Oregon forestsnail habitat is not well-understood, they appear to be strongly associated with stands of bigleaf maple and dense patches of stinging nettle. This species spends the majority of its life underground, however, during the spring following rainfall events is an excellent time to search for Oregon forestsnails as they emerge from the ground in search of mates. For the particularly tenacious biologist, an Oregon forestsnail survey involves weaving through the stinging nettle in search of snails, a job best undertaken in thick clothing.

The most serious threat to this species is ongoing residential and industrial development, which continues to degrade and fragment their habitat. Additionally, much of the Oregon forestsnail’s remaining habitat has been colonized by invasive plant species, such as dense blackberry thickets and/ or invasive species of gastropods that are not native to the area. Preserving the remaining Oregon forestsnail habitat and reducing direct impacts to this species (e.g., direct mortality from construction) are important conservation objectives to insuring the long-term viability of this species.

When to Retain a Qualified Environmental Professional

For projects occurring in potential Oregon forestsnail habitat, it is important to understand applicable legal obligations under Federal legislation as well as municipal development permit processes that may incorporate species at risk considerations.

Engaging a Qualified Environmental Professional early in the design process is an important step to identify the potential for the Oregon forestsnail to occur within a site and provide guidance for avoiding or reducing impacts to this species. With informed and upfront guidance, projects can avoid costly and lengthy delays down the road should a species at risk be encountered during the construction phases of a project.

Keystone Environmental’s team of Qualified Environmental Professionals have considerable experience in screening for Oregon forestsnail habitat, conducting snail surveys, supporting regulatory consultation and permitting for species at risk, and providing strategic advice to avoid and mitigate impacts to the Oregon forestsnail while meeting the objectives of a proposed development project.