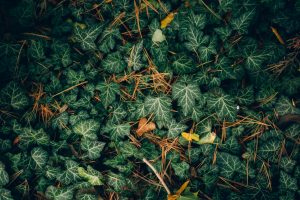 Invasive species are moving across BC and Canada at an aggressive pace with far-reaching impacts on human, economic and environmental health. With few limits on their populations they can easily take over sensitive ecosystems – permanently upsetting the balance of plant, insect, bird and animal life. The negative impact on BC ecosystems can be extremely difficult to reverse which is why prevention and detailed information on the impact is critically important for the health of our province.

Within British Columbia, there are multiple levels of authority with jurisdiction over the management of invasive species. Key legislation includes:

Keystone Environmental has completed invasive species management plans for projects requiring removal, treatment or a combination of these methods and we work closely with different levels of government where invasive plant removal or herbicide applications are planned in proximity to watercourses.

This message is only visible to admins.
Problem displaying Facebook posts. Backup cache in use.
Click to show error
Error: Error validating access token: The session has been invalidated because the user changed their password or Facebook has changed the session for security reasons. Type: OAuthException

With COVID restrictions finally lifting, Keystone Environmental was finally able to give Francini Martins, Project Coordinator, her well-deserved gift to celebrate her 10 years of service with the company - a Disneyland Trip with her Son. Congratulations on your big milestone, Francini - we appreciate your hard work over the years!Did you know Keystone Environmental celebrates milestone work anniversaries with a gift of the employee’s choice? It’s one of our staff perks that makes us a top employer. Visit our website to learn more.#WorkAnniversary #GreatPlaceToWork #CanadasTopEmployer #TopEmployers2022 #EnivornmentalConsulting ... See MoreSee Less