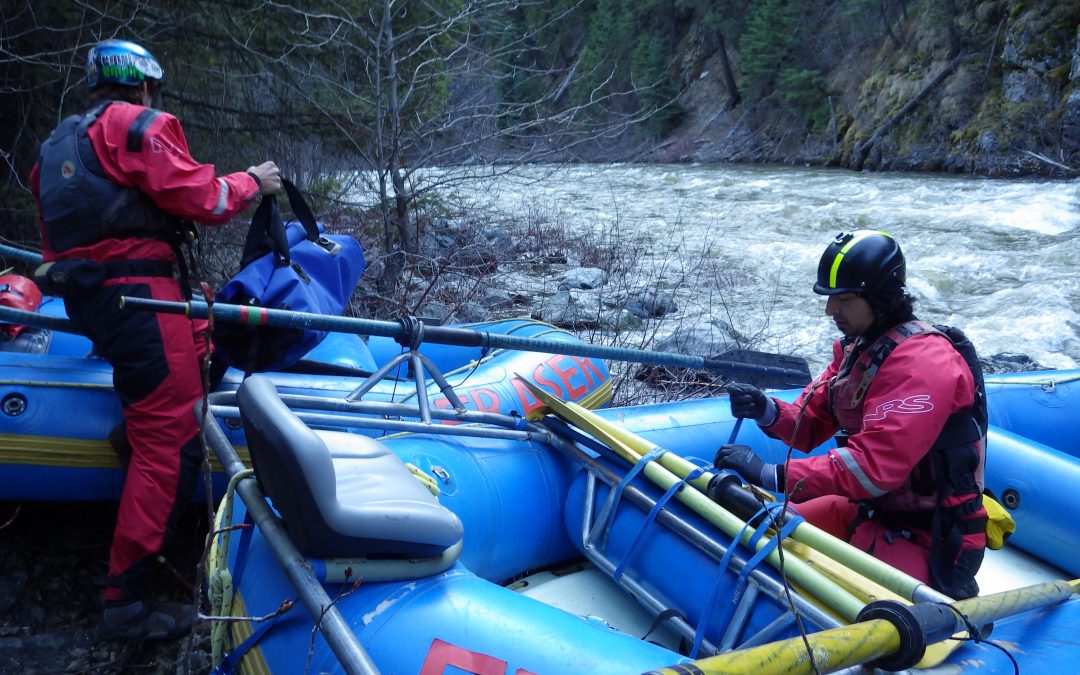 Keystone Environmental assists clients in spill response activities ranging from initial impact assessment to directing and implementing response actions to protect the environment, effect clean up, and liaise with regulators and other interested parties.

In April 2016, a fuel tanker truck with trailer and pup was involved in a motor vehicle accident on the Crowsnest Highway, resulting in the pup to rupture, veer over the embankment towards the Similkameen River, releasing 26,000 litres of diesel fuel. Visual evidence of diesel was observed in back eddies along the river margins from the spill site to approximately 4 km downstream. Spill response actions were influenced by the very steep access restrictions and response personnel safety consideration. To address the upland areas, in particular the base of the embankment adjacent to the river, flushing and capture was conducted while further uphill nutrients were added to promote biodegradation of the petroleum. While these activities were underway Keystone Environmental conducted a fish trapping program collecting rainbow trout and sculpins upstream and downstream of the spill. These approaches provided effective response to the spill in the challenging terrain, satisfying the Ministry of Environment, the insurer and other stakeholders.

Also in April 2016 , the Canadian Coast Guard took control of two derelict barges after one barge was found sinking in the Mamquam Blind Channel, Squamish, BC. The Coast Guard retained Keystone Environmental to assist with the emergency spill response activities, conducting surface water and sediment sampling and, in association with Quantum Murray, characterizing and cataloguing drum contents for disposal. Drums that were unsafe to open, were transferred to a secure hazardous waste facility where they were characterized by Keystone Environmental. Drums, in various states of repair, contained a variety of compounds including gasoline, diesel, oil, and a number of metals.

In the spring of 2016 Keystone Environmental was also called on to assist in the response to a spill of about 30,000 litres of diesel into Plumper Bay, Esquimalt Harbour. The Department of National Defence Port Operations and Emergency Services Branch provided the initial emergency response, and contained the diesel. Containment and recovery of the spilled diesel continued with Vanpile and Western Canada Marine Response crews, along with local First Nations members. By May 11, 30,000 L of oily wastewater had been removed from the bay.

Keystone Environmental was retained to complete the rapid environmental impact assessment involving a visual reconnaissance of the spill site and the collection of surface water and sediment samples. This included a biophysical assessment, and sampling program that involved the collection of biological, sediment, surface water samples, and tissue (clams and other biota) to characterize the environmental site conditions and to assess the potential effects of the spill. This work assisted in directing response actions following the initial response and containment. Keystone Environmental also liaised with the multiple stakeholders including representatives from provincial and federal government as well as members from the First Nation.

A big thank you to @coromandelproperties for inviting a few of our team members to your Summer in The City event last week. We would also like to wish them a happy 9th birthday! #summerinthecity #coromandelproperties #environmentalconsulting ... See MoreSee Less