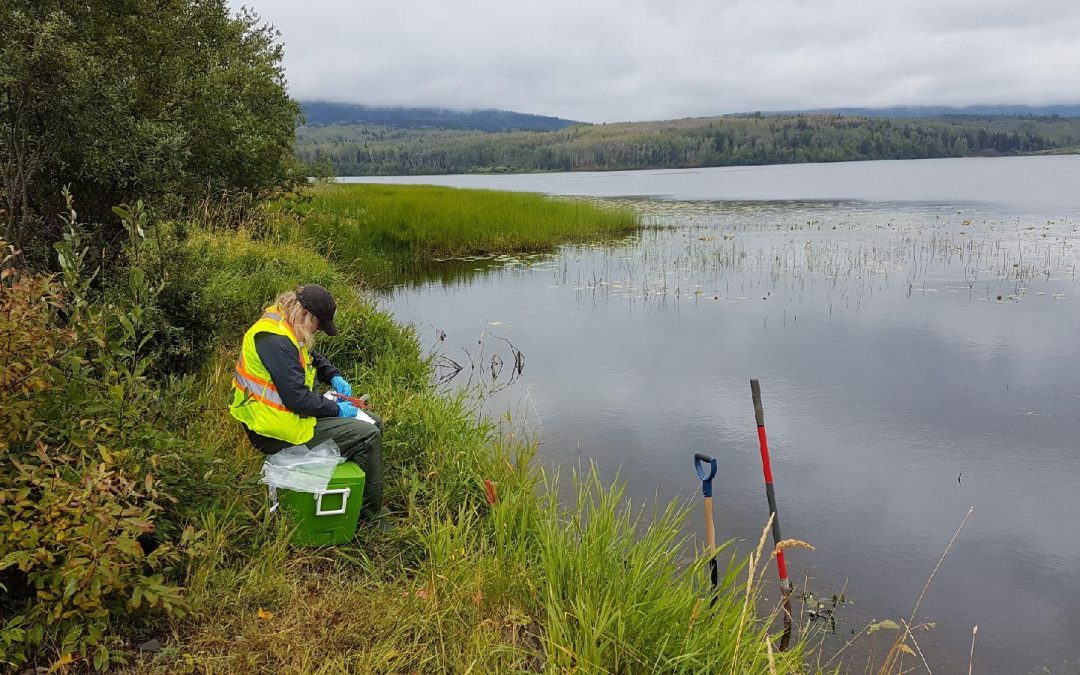 Corrie in the Field

At Keystone Environmental we know how important it is to see diversity in the workplace and to celebrate the accomplishments of all of our staff. In honour of International Day of Women and Girls in Science, which was celebrated on February 11, we interviewed some of the women on our team to get their takes on the roles of women in the science industry. We wanted to better understand why they chose science (engineering and biology) as their career path, what they have noticed during their tenure, and what advice they would give to aspiring women in science, particularly in the consulting industry.

The International Day of Women & Girls in Science was implemented in December 2015 by UNESCO (United Nations Educational, Scientific and Cultural Organization) who “works to create the conditions for dialogue among civilizations, cultures and peoples, based upon respect for commonly shared values.” On February 11th, 2019, UN Women released a message stating  “Women’s and girls’ voices and expertise in science, technology, and innovation are vital to bring solutions to the disruptive change in our rapidly evolving world. We urgently need to close the gender gap in science, technology, engineering and mathematics fields and actively promote gender equality in science, technology and innovation careers.”

We asked about some of the challenges they face being a woman in the industry. “Science tends to be a male dominated industry ‑ which means that you generally see men progressing quicker in their fields, moving up and into more senior roles.” said Francini Martins. Corrie Allen adds, “It is hard to find female role models.”

So what inspired these women to get into Science and the field they selected? “Environmental Sciences provides an opportunity for innovation & allows for progressive applications and technical advancement. People care about their work and the impacts on the environment,” says Morgan Wingate. “The work is rewarding, the variety of work, geography and people.” With a love and passion for the outdoors they all pursued this path to find a career that not only allowed them the opportunity to work outside, but to travel. “When you spend the majority of your time at work, it is important to love what you do in order to have a happy life,” says Francini.

We asked if their careers have been what they had expected or if not, what changed? Francini says that Biology was not what she expected, she wanted to be in the ocean or the river, but found as she began her career that research wasn’t really for her. She noticed that as she learnt and grew, what she originally had wanted for her career began to be shaped and molded according to what she wanted for her life in that moment. Environmental Consulting provided the opportunity to work on complex projects that can face a lot of challenges, combined with a lot of travel, which she loves.

As a biologist, Corrie’s most interesting project to date has been travelling up north to tag sturgeon on the river to provide population information. 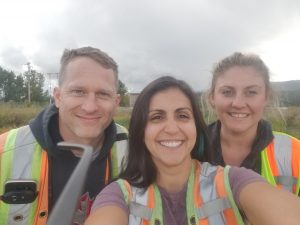 Francini & Morgan in the field with Jason Grafstrom

When asked about some of the challenges in their careers, it was working within budget and delivering on tight deadlines. “Sometimes you need to work long hours and can be working with less than ideal weather conditions,” says Morgan.

When we asked Corrie, Francini & Morgan their thoughts on the future of women in the science industry, they all agreed that change is inevitable as more women join the field and are recognized for their strengths, they will naturally begin to take on more senior roles.

It is clear there is a need for more women and girls to explore the field of science. When asked what advice they would give to aspiring female scientists, Francini advises, “Focus on what you like doing, not on recognition or kudos, do what you love, do it well and everything will fall into place.”

Morgan says, “Don’t’ second guess yourself because of lack of confidence in your skills. Do everything to the best of your ability and the confidence will come. Also, don’t be afraid to stand up for your worth. It’s too often that women discredit themselves!”